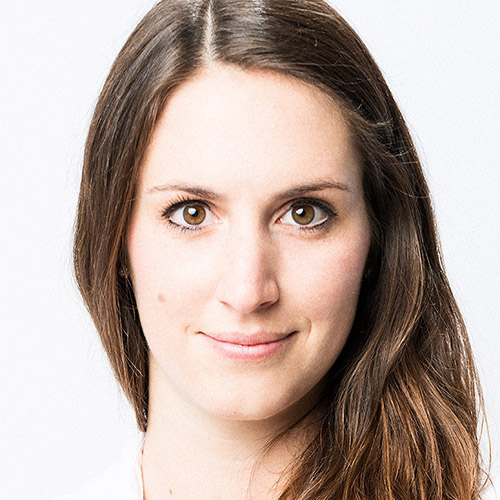 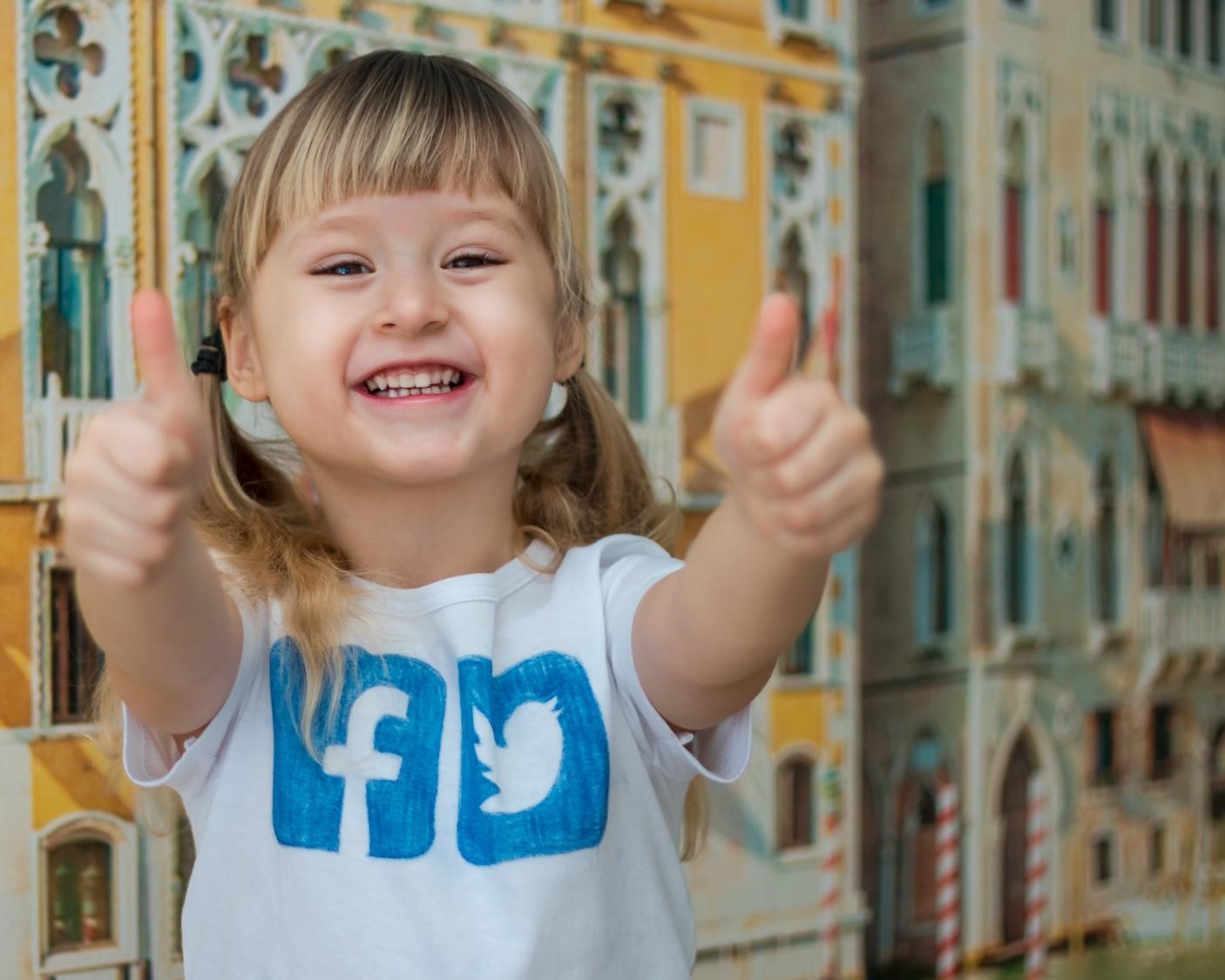 We spoke with Sandra Matz, computational social scientist at the University of Cambridge Psychometrics Centre, who together with other researchers has developed a model which can predict the innermost personality traits and personal information of your customers based on their Facebook likes.

arketers are constantly trying to get into the heads of their customers, to find out what they want and what really motivates them. Researchers at the University of Cambridge Psychometrics Centre have developed a revolutionary model which analyses a person’s digital footprint to predict private information about their personality and character. This has far-reaching consequences for the marketing industry. Not only can businesses now understand their consumers better with this model but also make their consumers happier by offering them the right products.

The story goes back to 2007 when researchers from the University of Cambridge Psychometrics Centre devised the MyPersonality app on Facebook. Users could receive feedback on their personality by filling out different psychometric questionnaires. Afterwards they were asked if they would voluntarily share their Facebook data. Of course, this was back before Facebook was the data giant it is today. Researchers expected maybe a few close friends and colleagues to fill in the test but before long, they had a dataset of millions. Suddenly the Centre owned the largest dataset combining personality traits and corresponding Facebook profiles ever to be collected.

From Lady Gaga to Stargate

The next steps were really quite simple – in fact researchers agree that any first-year psychology student could achieve something similar. They looked at the big five personality traits of the respondents (openness, conscientiousness, extroversion, agreeableness and neuroticism) and compared the results with their digital footprints. What they liked or posted on Facebook, for example, how many profile pictures they put up or their status updates. Correlations were then identified.

The dataset is now 6 million and growing. The diversity and size of the dataset means that, from someone’s digital footprint, the model can not only predict their personality traits but important personal information such as political views, religious views, age, gender and ethnic origin.

As part of the MyPersonality database researchers compared the judgement of the computer to the judgement of close friends, colleagues, family members. Before long, the model needed only 10 likes to make a better judgement than a person’s work colleague. It needed 70 likes to be better than a person’s friend. It needed 150 likes to judge a person better than a family member and 300 likes to judge a person better than someone’s spouse or partner. Considering the number of hours, days, months, years spent with a spouse or partner and how long it takes to really know someone, it shows just how revealing someone’s digital footprint really is.

Researchers could see several strong correlations but wanted to test the model in the marketing arena. In one study they tested whether they could increase the effectiveness of Facebook advertising campaigns by targeting people with products which matched their extroversion level. Two products were tested – Party Starter, an app which helps people break the ice at parties (the app for extroverts) and Ephemeral, a science fiction strategy game app (the app for introverts). They targeted people who showed most extreme signs of extroversion and introversion based on their likes, and all targets saw both ads. Researchers aimed to test whether there was a relationship between extroversion level and app purchase. The results were astonishing: conversion rates for the Ephemeral app for those predicted to be introverts were up to 15 times higher than for those predicted to be extroverts.

Researchers began to offer the prediction model to clients on the open market. For Hilton Hotels actual psychological data in MyPersonality from people who liked Hilton pages on Facebook was used and a 50-item online personality assessment distributed to delve deeper into the audiences personality traits. They identified the audience’s key characteristic traits and targeted these segments using specific keywords and customised ads that matched users’ psychological profiles. Again, the results were extremely impressive. Click-through-rate (CTR) was up to 1,750% higher than the travel industry benchmark for Facebook advertising. Social engagement was up by 272% on the industry benchmark.

It is of course easy to forget what exciting times these are. While earlier psychologists claimed to study behaviour, they actually had no way to collect huge swathes of data on behaviour. Any data on personality had to be collected using a highly-detailed and time consuming questionnaire. These days everyone carries around electronic devices which are a constant tracker and recorder of their behaviour. Location services on smartphones track where someone goes. The Facebook App is widely used to record someone’s preferences or “likes”. Whatsapp logs what someone talks to their friends about. A huge amount of this data is also publicly available and, if not, extremely cheap to buy. Only now that the technology is available are researchers in the position to make the truly robust predictions about behaviour and personality.

Benefits to the consumer

Psychological targeting benefits not only the marketer but the consumer. Research shows that if people have too much to choose from, they either do not make a decision or if they do, they are less satisfied with the decision they make. Targeting ensures consumers only see products that matches their personality profile, so it is more likely to be something they want to buy.

Ad-retargeting has been around for some time but simply reminds consumers of products they have already clicked on. It is limited in its effectiveness because either the person has already bought the product, or is no longer interested in it. All retargeting does is look backwards, it does not offer consumers anything new.

The future, and this is where the University of Cambridge Psychometrics Centre model excels, is offering products to consumers that they haven’t even considered yet based on their personality type.

This prediction model is a perfect tool for marketers, but potential applications are slowly being recognised in other industries also. The model for example can predict early signs of depression which mean healthcare providers can target those most in need of help at the earliest stage. Psychological tailoring is successful in encouraging people to give up smoking.

As the internet becomes vaster with more platforms to collect our data, digital footprints are growing all the time. This model has succeeded in analysing the connections between the traces people leave online and who they really are. With this model researchers hope to help marketers increase their effectiveness in targeting their customer, leading ultimately to lower cost of acquisition and happier consumers.

Sandra Matz is working on her PhD at the University of Cambridge Psychometrics Centre in the field “Psychographic Marketing”. In cooperation with companies in Germany, Great Britain and the USA, she does research on how to use digital footprints (for example Facebook likes or Twitter tweets) to create psychological user profiles and consequently make digital marketing more customer-oriented and effective. Her findings are regularly addressed and discussed by renowned international media outlets like Die Welt, The Independent, The Washington Post, the BBC or the World Economic Forum. Sandra Matz received the Data IQ New Talent Award 2014 for her research on the topic “Psychographic Marketing” and was recognized as one of the 100 most influential people in “data-driven marketing” in both 2015 and 2016. Last year Sandra Matz joined the ranks of Pacific Standard Magazine’s ‘The 30 Top Thinkers Under 30‘, which recognizes the work of visionary young men and women in the social, political and economic sciences.