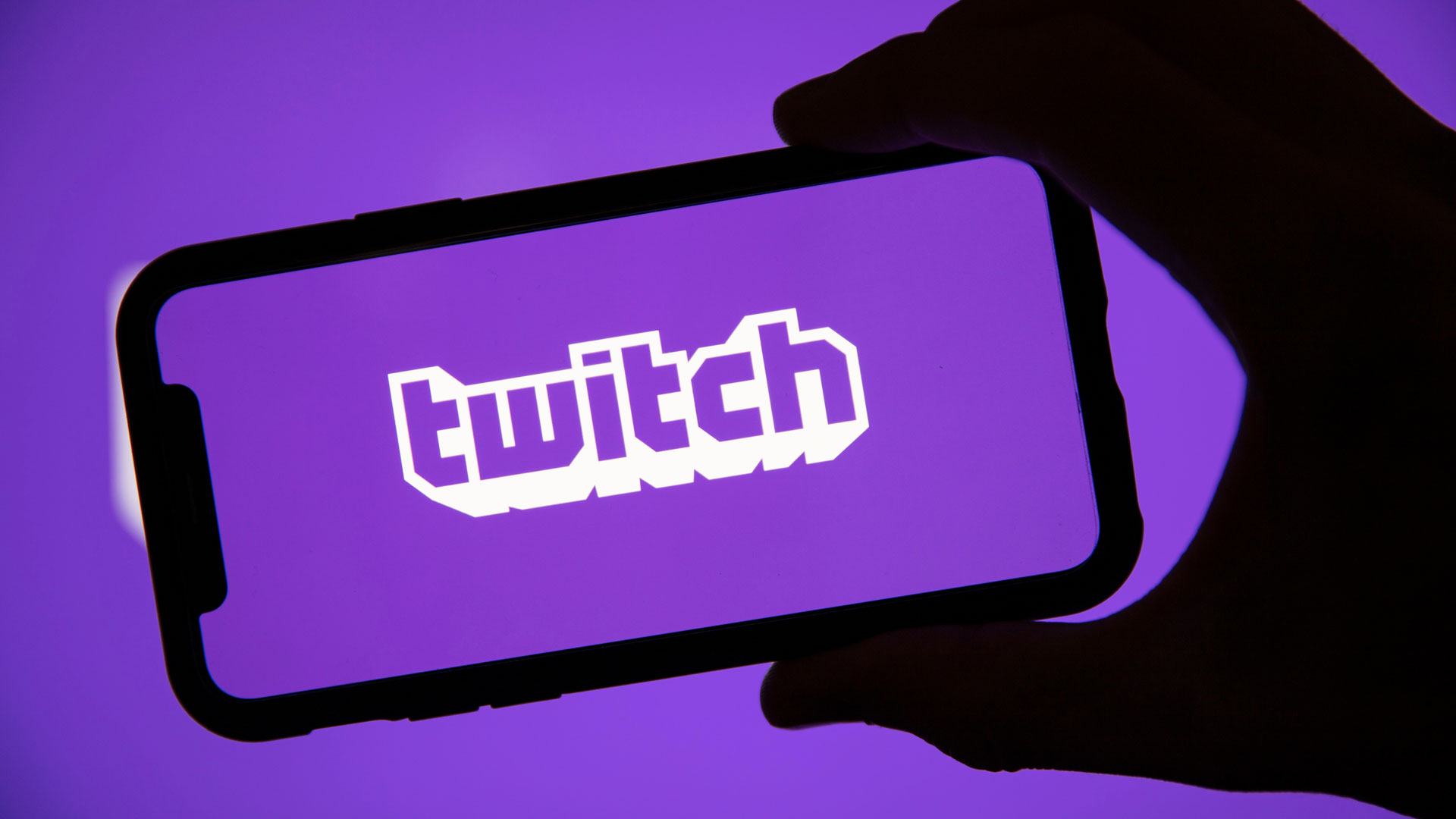 Once dismissed as a niche phenomenon for gaming and eSports nerds, the live-streaming portal and social network Twitch is gaining an ever larger following and as such growing marketing potential. But Twitch differs in many ways from established platforms such as Instagram or YouTube. What should you consider when it comes to a marketing campaign on Twitch? We take a closer look at the new social media trend.

What is Twitch and how does it work?

Twitch is a platform that allows anyone to stream live videos of themselves. Founded in 2011, Twitch was almost exclusively about gaming content in the early days. However, after being acquired by Amazon in 2014 for €735 million, Twitch began to expand the types of content people could watch and stream on the platform. Today streams cover a variety of topics - from painting, cooking, podcasting to camping and more. Video game streamers are still the most popular influencers however and account for a large portion of the views and time users spend on the platform.

What makes Twitch so unique? It’s exclusive focus on streams and the live experience these create. Those who stream themselves live on the internet do not have the opportunity to shoot perfectly rehearsed and edited videos like those found on YouTube. Fans of the platform love the streamers’ authenticity which the format automatically generates. Unique personalities with sometimes unusual quirks have particularly good chances of success on Twitch.

A further distinguishing feature when compared with platforms like YouTube, Facebook or Instagram is the lack of a Like button. Instead Twitch users interact exclusively by following and chatting with each other. During each live stream, influencers can communicate with their community via real-time chat - an immediate interaction that creates more intimacy between the streamer and the community than the standard comment function on other platforms. As a result, particularly close connections between the streamer and the viewer, as well as loyal fan communities, often develop on Twitch.

Why is Twitch good for marketing?

In recent years, Twitch has continuously grown its reach and therefore increasingly attracts the attentions of companies and their marketers.

An average 17.5 million people worldwide now visit the site every day and follow their favourite streamers. The biggest German streamers on Twitch are "MontanaBlack88", "TheRealKnossi", "Rewinside" and "GRONKH". They each have more than one million subscribers. The increasing popularity of Twitch recently even prompted US politician Alexandria Ocasio-Cortez to stream live on Twitch as she played the online game "Among Us" as part of the presidential election campaign for Joe Biden. Ocasio-Cortez managed to reach 400,000 live viewers.

In addition to its broad reach, the channel attracts a young and predominantly male target group (65 percent) – an otherwise hard-to-reach demographic – which is particularly appealing to marketers. More than half of all Twitch users are between 18 and 34 years old and 14 percent are between 13 and 17 years old. This makes Twitch an excellent platform for reaching the coveted Millennial generation. Companies not only increasingly target Millennials today due to their rising purchasing power - their great appeal to younger and older people also makes them an economically influential age group.

Yet it is not only their age, but also the special relationship between Twitch viewers and streamers that makes the platform extremely exciting, particularly when it comes to influencer marketing. Twitch streamers are perceived by their followers as particularly accessible and authentic, a fundamental prerequisite for effective influencer campaigns. In addition the close streamer / viewer relationships which develop through live interactions builds trust and as such the majority of viewers are very open to their advertising cooperations. In a study by Nielsen Esports, 64 per cent of all Twitch users surveyed said that they regularly buy products recommended by streamers.

How does Twitch marketing work?

Twitch offers many opportunities for traditional advertising, such as videos and banners in various locations on the site. These range from headliners on the homepage to rotating carousels and leaderboards above the search box. In addition, companies can cooperate with one or even several of the numerous streamers through an influencer campaign.

To promote greater transparency in influencer marketing, Twitch has introduced the status of "Twitch Partner". Any streamer can be verified as a Twitch Partner by the platform as long as they meet the following three requirements:

As Twitch Partners, influencers can place pre-roll, mid-roll and post-roll ads during their live stream. They also have several other options to advertise the advertiser's brand or product: for example, directly in the stream title, on a tile on the channel page or even behind the streamer on their webcam. The streamer can mention the brand organically or it can come up when certain events take place during the live stream. An example of this is a stream sponsored by Totino's Pizza Rolls where streamers reward themselves by eating pizza rolls after each victory of the online game victory.

What special features are available to influencers?

Twitch offers several interesting features to its streamers and viewers which can also be useful for influencer campaigns. These include “hosts” and “raids”. A “host” is when streamers host another streamer’s live stream on their own channel if they are offline at the time. Using a “raid”, streamers can redirect all viewers directly to another live channel at the end of their stream. These tools, which are usually used by streamers to support each other, can be used as part of an influencer campaign with multiple streamers. Streamers can draw attention to sponsored streams in a unified way by redirecting viewers of the participating streamers to one another.

Viewers are also able to create and share clips (short excerpts of a live stream) with their community. These clips are ideal for creative marketing campaigns: for example, some streamers encourage viewers to enter competitions by sharing promotional content in the form of clips from the stream. The end result is that this content is distributed even more widely on Twitch.

The popular emotes (or Twitch-specific emoticons) also offer a veritable treasure trove of marketing opportunities within the chat. In addition to the standard emotes, streamers can also create their own mini emoticons that are available to all viewers during chat communication. The fast food company KFC, for example, used emotes in cooperation with the Twitch influencer DrLupo in a special event of multiplayer shooter game PUBG involving DrLupo and three other streamers. After winning a game in PUBG, the phrase "Winner Winner, Chicken Dinner" always appears. Lupo explained to his live viewers that every time he wins a PUBG round, viewers should type "winner winner" into the video chat, which triggers a special KFC emote (a KFC bucket filled with chicken wings). They then enter a draw for a KFC gift card.

How can you measure the success of Twitch marketing?

On the individual Twitch channels there are several key indicators which show the reach and success of a sponsored stream. These include both the Average Viewers (average number of viewers during a stream) and Unique Chatters (the number of viewers who interacted in the chat during a stream). In addition, you can generate more data which provides additional information about the respective engagement rate. For example, find out what proportion of followers viewed an individual stream by running this calculation (Average Viewers / Followers) and discover how actively viewers participated in the respective chat by running this calculation (Unique Chatters / Average Viewers).

No matter which advertising variant or interactive influencer campaign your company goes for, Twitch marketing offers immense potential when it comes to authenticity, creativity and reaching a young target group. A growing monthly increase in user numbers also demonstrates: no marketer should underestimate Twitch in 2021.

How Can AI Be Used for Data-Driven Marketing?

One Year of Instagram TV: What brands need to know

Wrap up: Advertising methods on Snapchat