The three most inspiring campaigns in 2017 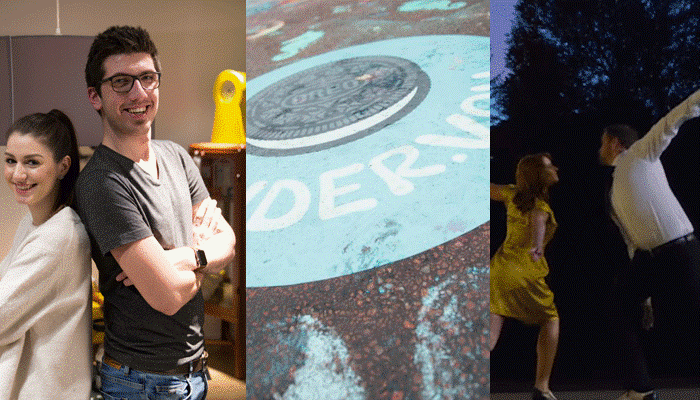 In 2017, German companies have spent sagnificantly more on advertising. 44.8 billion and thus a growth of 1.5 percent compared to the previous year, the management consultancy Schickler recently predicted for the local advertising market. This year, there were a number of campaigns that stood out from the crowd and convinced with innovative approaches and creative ideas. Here are our Top 3.

1. Ikea relies on a cross channel strategy in
influencer marketing

The Swedish furniture giant invited
the four YouTuber
to the IKEA Challenge. The concept: In teams
of two, the influencers should furnish their dream room in one of the furniture
stores within three hours.

While Ikea scattered the action in various videos on their own YouTube
channel, the four testimonials promoted the challenge on their own profiles via
YouTube, Instagram and Twitter. In addition, in the course of the production,
one YouTuber per team took over the Instagram channel of Ikea and provided a
look behind the scenes via Story. Subsequently, users were able to vote on the
company's Facebook page for the best equipped room. A summary of the Ikea
Challenge is also available one Ikeas own blog

What is remarkable about this
campaign is that the furnishing dinosaur demonstrates how useful an integrative
strategy in
can be. On the one hand, Ikea
relied on four different types of influencers and also paid attention to
addressing both women and men. On the other hand, the company played the
campaign cleverly via various channels such as YouTube, Facebook, Instagram and
its own blog, delivering an almost perfect cross-channel campaign.

With the campaign heading
"Wunder.Voll", Mondelez marketed its Oreo biscuit brand this year. In
addition to classic TV commercials, the company also relied on various
out-of-home campaigns. In various German cities such as Hamburg or Berlin,
street art artists were activated in a kind of live action to add Oreo art to
walls and streets. In the capital, for example, a comic-like scenery of giant
octopus and imaginary creatures was created on the 300 square meter façade of
the East Side Hotel.

A few months after the street art campaign, the
Mondelez brand opened its own pop-up store in Berlin Mitte as a further part of
the campaign. Here, interested visitors could try out the entire Oreo product
world. To raise awareness of the campaign, the company also relied on the
support of influencers such as model

With the various campaigns, which
were intelligently adapted to the visual language of other parts of the
campaign, Oreo succeeded in bringing the brand experience close to its own
target group. With the pop-up store, Oreo also created a real world experience
in the sense of the
. Over all a very successful and
intelligent campaign!

In order to hold its own in the current battle
of discounters for customer attention, this year Lidl produced a short film
commercial that parodies the Hollywood movie "LalaLand".

The German discount superstar
proves that campaigns in 2017 can convince even without a lot of out-of-home
budget and influencer use. With creativity, wit and charm, the makers not only
take the Oscar-winning film for a ride, but also cleverly take advantage of the
opportunity to enter the next round in a permanent medial battle with their
rival Edeka. This is what a successful 2017 TV campaign looks like!