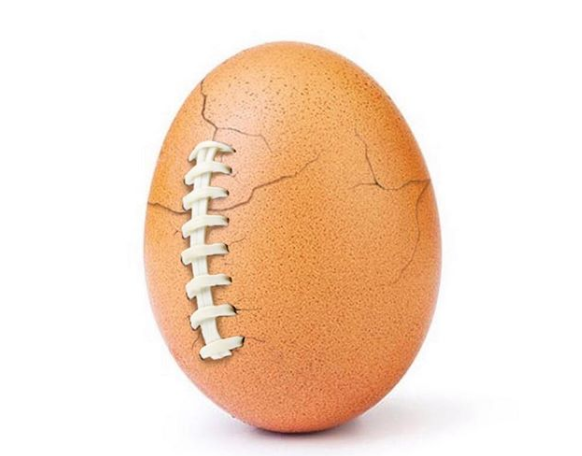 Super Bowl is the top US sports event of the year. But in addition to the football hype, the numerous commercials and marketing campaigns surrounding this huge event always take centre stage. We present three exciting campaigns from this year and discuss what start-ups can learn.

Even before the football event of the year, a certain egg was making a name for itself. On Instagram in January, the simple image of an egg replaced a picture posted by well-known influencer starlet Kylie Jenner as the most liked photo on the picture platform. Originator Chris Godfrey, a 29-year-old advertising creative from London, used the Super Bowl to reveal the message behind it.

The concept: Following on from the original post, further images of the egg appeared on Instagram, only this time the egg had started to crack. Shortly before the Super Bowl, a picture was published on Instagram showing the famous egg with American football laces, including the text: "All will be revealed this Sunday following the Super Bowl " and a reference to the video service Hulu. The streaming portal then showed a short commercial after the Super Bowl broadcast in which it became clear: the originator was using his famous egg to promote the topic of mental health. In the commercial the egg shell bursts open and the following words appear: "The pressure of social media is getting to me. If you’re struggling too, talk to someone. We got this."

What startups can take away: It is particularly clever how Godfrey knows how to use the publicity generated by the sporting mega-event for a good cause. Both the football post and the video, which was subsequently shared on Instagram, received almost 6 million likes each.  The example shows how a clever social media strategy can make a huge communication impact.

2. A good campaign doesn’t have to cost millions

Skittles proved this year that a successful campaign doesn’t need a huge budget. Instead of buying into the Super Bowl's advertising environment for several million US dollars, the chewy sweet brand depl3oyed a giant dose of creativity instead.

The concept: Skittles staged an anti-advertising musical as a one-off Broadway show, without streaming it on the internet. A teaser video revealed US actor Michael C. Hall, well known from the series Dexter, would perform the leading role in the musical. What proved so unique? Tickets and merchandising products to see the show were actually sold at the theatre box office.

What startups can take away: The whole thing is so wonderfully subversive and so full of creative ideas that it's just fun. Not every startup would be able to engage well-known TV personalities for its campaigns of course, but the following still applies: an extra dose of creativity often wins over a huge advertising budget.

3. Make a crossover with other brands

The classic 30-second commercial during the Super Bowl halftime generally only focuses on one brand. Not so with the current TV advertising cooperation between the beer brand Bud Light and the successful TV series Game of Thrones.

The concept: The TV commercial shows a duel between a knight in Bud Light outfit and a well-known character from the popular HBO show Game of Thrones. The whole thing takes place in a classic, medieval Game of Thrones setting. We even see a dragon coming in at the end. The start date of the last season of the series fades in during the final scenes, also the broadcaster’s logo.

What startups can take away: The two weirdly dissimilar brands (who would ever put Bud Light and Game of Thrones together?) are happily thrown together with a nod and a wink. The campaign shows that even unusual brand cooperations can work. Another plus for start-ups: both brands share the costs of the TV spot.