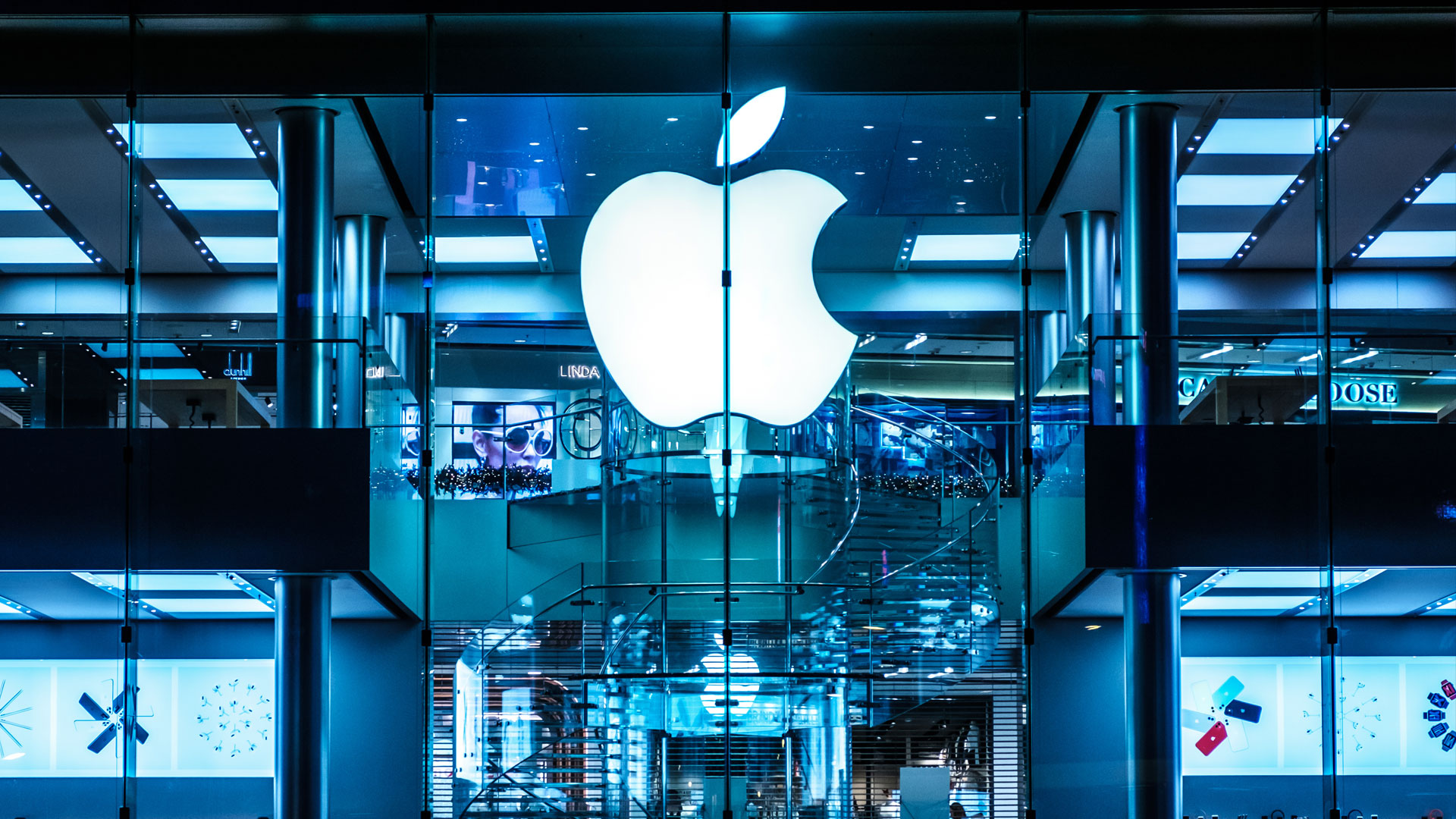 With a market capitalisation of $2,051 billion, Apple is currently the world’s most valuable brand [Source: pwc]. This is not only due to its pioneering technological achievements. The company has become a premium brand by repeatedly breaking new ground when it comes to marketing and has succeeded like no other in emotionalising technical devices.

The target group: be different!

1984 was to mark a turning point in the company's history. Until then, Apple had successfully occupied the niche personal computer market. Eight years after its founding in 1976, however, it set out to conquer the mass market and launched a model called Macintosh, which, costing $2,495, was only the quarter of the price of its predecessor.

Apple placed the commercial for the Mac during the coveted Super Bowl ad break. 96 million viewers saw a 60-second commercial that was completely different from anything they had seen before.

It was directed by Ridley Scott who had just made his name with the film Blade Runner. The clip made reference to George Orwell's novel 1984, showing grey-clad workers watching a speech on a giant monitor, all being told to think and do the same. A young woman rushes into the hall and hurls a hammer into the screen. It shatters, light floods the room, people awaken from their lethargy. A ticker flows into the picture "On January 24th, Apple Computer will introduce the Macintosh. And you'll see why 1984 won't be like “1984”." Finally, the logo appears, the bitten apple, then still in its rainbow colours.

The commercial cost $900,000 to make, unprecedented at the time. But it was not only the costs that made the commercial so unusual. Apple completely refrained from listing the technical features of their products. Until the end of the clip, it is not even clear what is being advertised. Rather than marketing a product, Apple was marketing an attitude to life: freedom and non-conformity.

The "Think different" campaign from 1997 to 2002 focuses precisely on this. The TV spot shows a number of celebrities such as Albert Einstein, Martin Luther King and Martha Stewart. The black-and-white shots are accompanied by a spoken text that begins with the words: "Here's to the crazy ones. The misfits. The rebels." The end of the clip features the slogan "Think different" and the logo.

Again, the product being advertised is not mentioned, nor is it in the accompanying print campaign. Apple ran this campaign - completely unusually for the time - not in computer media, but in the popular press and fashion magazines.

Learning: With the 1984 clip, Apple took the first step on a path that its marketing still follows today. Technical features fade into the background, while the user takes centre stage. Apple presents itself as a brand for creative, different and forward-thinking people - and thus lays the foundation for its branding.

"I want Apple's design to not only be the best within the personal computer sector, but the absolute best in the world," Steve Jobs said in 1982, a mindset that was to propel the company to great success in the late nineties.

The trendy iMac
In 1998 Apple introduced the iMac. The "i" stood for internet, among other things. It was supposed to usher in a new era, the era of private use of the Internet, and it surprised with plug-and-play access to the internet which was still rare at the time. The iMac only took a few minutes to set up. One of the promotional films showed a child setting up the computer in a short time.

The revolution was also seen in the computer’s exterior. Whereas computers had previously been housed in beige or grey boxes, Apple designer Jonathan Ives designed a streamlined exterior for the iMac. In addition, the semi-transparent plastic casing was partly coloured, initially only in blue, and from 1999 in other colours and patterns. The design language was futuristic and playful. It stood for a cheerful, creative future.

From mid-August until the end of 1998, the iMac sold 800,000 units and significantly exceeded expectations. A survey of buyers showed that one third had never owned a computer before and more than 80 percent used it for surfing the Internet. Apple's strategy had worked.

Three years later, in 2001, Apple launched another design icon: the iPod. Instead of trendy design, radical minimalism now dominated the design language. The MP3 player was white, its front consisted of a large "scroll wheel" and a screen. No other operating elements distracted the user's attention. In its design, Apple radically focused on user-friendliness. The device was supposed to make it possible to select from up to 1,000 songs in a matter of seconds with just one hand.

Behind the minimalist design of the iPod was the desire to make the device as easy to use as possible - a mindset that ultimately led to a third design icon for the company: the iPhone, first launched in 2007.

Before this time smartphones were clunky devices with ergonomically inadequate plastic mini-keyboards or touchscreens with limited usability. Apple improved the touchscreen technology so that navigation was now effortless and took place almost exclusively on the display. This gave the iPhone the smooth glass front that defines its minimalist aesthetics and was to become a defining style for Apple design.

The user interface in focus
Apple's focus on the user experience is also evident in the way the user interacts with the system. In 1984, the company not only introduced the mouse, but also established the graphical user interface. In 2001, Apple presented "Aqua", a revolutionary operating system, with shading, three-dimensional effects and new ways of interacting with objects on the desktop.

Whether software or hardware - Apple's design wants to fit seamlessly into the lives of its users. For this reason the company is continuously working on making its devices more compact, thinner and lighter.

The current TV commercial for the iPad expresses this user-centric focus perfectly. While others struggle with technology, Apple users are relaxed, carefree people who communicate, play and create with their devices - and operate them with light, effortless movements.

Learning: Apple has always managed to radically simplify the use of technology. In this way, the company was not only able to assert a USP, but actually created it in the first place. At the same time, the desire for simplicity led to a minimalist design, which - coupled with high-quality materials - established Apple's image as a design brand.

The presentation: premium or luxury?

Apple's product presentations are legendary. The company has managed to capture the media's attention time and again with skilful productions, reminiscent of the unveiling of monuments or works of art. In addition, the live presentations by the CEO give the brand a face, the basis for a personal relationship between the customer and the company.

Rarely, however, do the presentations show actual innovations. They are similar to presentations of fashion collections where rather than reinventing themselves, brands present the familiar in a new guise. The sensitive surface materials of Apple devices, which quickly show signs of use, would be in line with this. Apple's marketing strategy would then be one of aesthetic obsolescence: if the devices do not become technically obsolete, then at least visually they do.

With their minimalist design and skilful lighting arrangements, the Apple Stores look more like designer boutiques than specialist computer shops. As much as possible that can distract from the actual product is eliminated. Reverence for the object, however, should not be taken too far. The devices are set up ready for operation and invite direct use. Apple is classy, but at the same time for everyone. "The electronics company sells luxury for the mass market. Expensive, but still affordable for many people."

On the one hand luxury, on the other hand mass market - can Apple successfully master this balance? In which direction is the trend going? Back in 2015, the company launched a partnership with Hermès and its retail design is also approaching that of highly exclusive brands. The group commissioned the world-famous architecture firm Foster + Partners for its flagship stores. The result is sensational steel and glass architecture with waterfalls and monumental staircase constructions on Fifth Avenue and the Champs Élysées, in Beijing, Dubai and Singapore - where they are in close proximity to Luis Vuitton.

The flirtation with the luxury market could, however, become a threat to Apple's branding if its products are only perceived as an expression of overpriced lifestyle minimalism. This was demonstrated in 2019 by discussions about the price of a monitor stand:

"A $999 monitor stand is everything wrong with Apple today," wrote tech blogger Devindra Hardawar. "(...) it continues a trend we're seeing from Apple recently: trying to upsell attractive tech that ultimately doesn't do much for users."

Learning: As an established premium brand with strong design, it stands to reason that Apple would put feelers out into the highly lucrative luxury market. However, this could jeopardise two brand pillars: the image of improving the lives of users and being the brand of creatives and dissenters.

Account-Based Marketing for B2C is on the rise

Brand Transparency - The Art of Openness and Honesty