How the Fidget Spinner captured our hearts (and wallets) 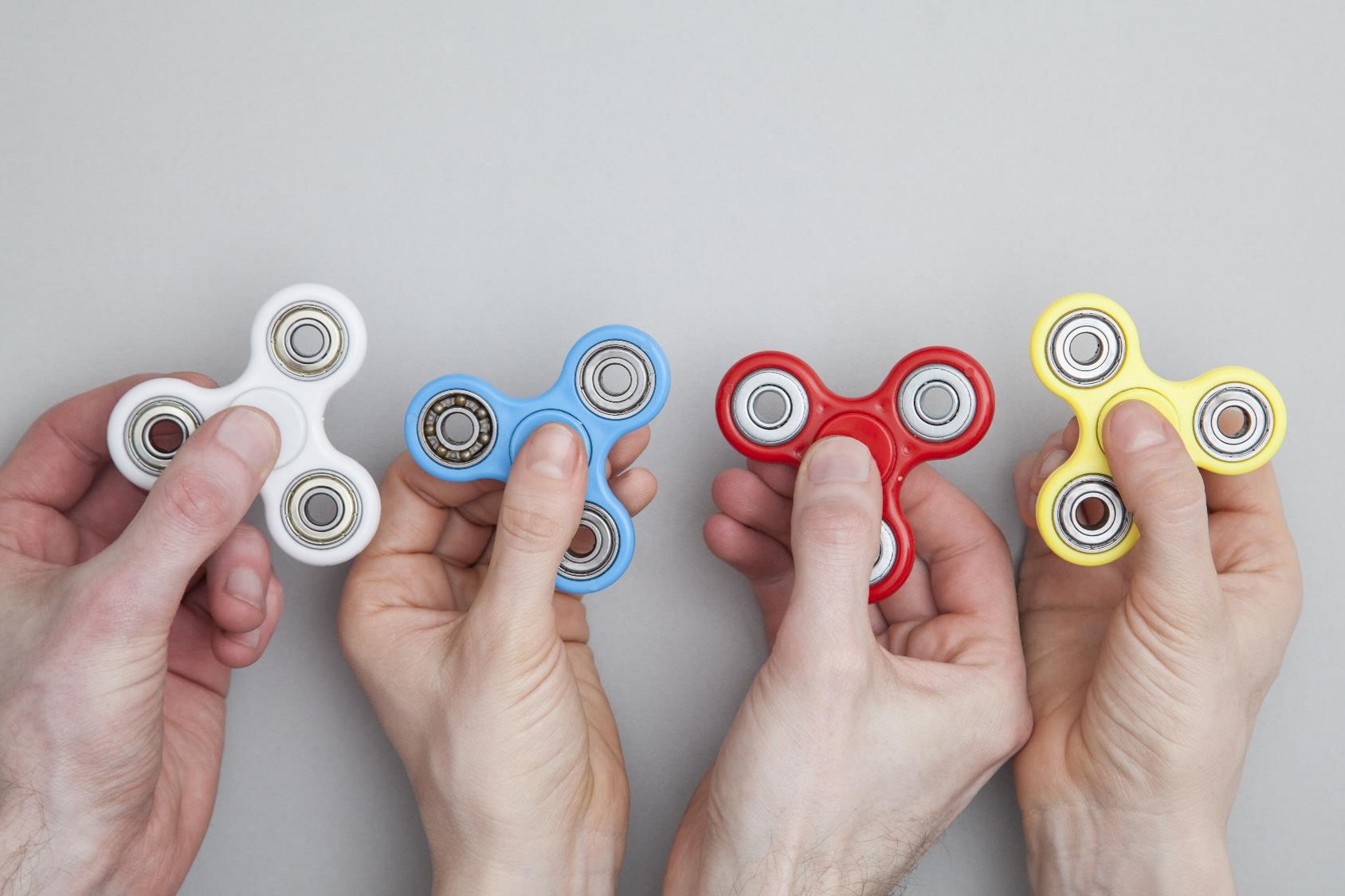 Unless you are lacking eyes, children or the internet, you may not have noticed the fidget spinner craze that is sweeping the Western world. Originally intended to treat hyperactivity in children, this small metal toy has become the latest must-have item in the playground and now makes up 74 of the top 100 toys currently being sold on Amazon. We look at how the trend captured the public’s heart and their wallets.

The fidget spinner is a small device made up of a central section and three-pronged blade which balances on your finger and spins round. It was originally invented by US mother Catherine Hettinger who wanted to invent a toy which helped children to release pent-up energy.

That the fidget spinner trend has taken the world by storm cannot be denied. Clips on Youtube featuring tips and tricks for avid fidget-spinners boast 15 million views. In Germany twice as many people are currently searching “fidget spinner” on Google than “snapchat”. On Amazon, eBay and Alibaba there are over 11,000 vendors selling fidget spinners. Franz Jordan of Marketplace Analytics estimates over 100,000 fidget spinners are being sold on Amazon every month.

How did a simple rotating device become an overnight trend?

Many factors combined helped the fidget spinner become the must-have gadget for 2017.

In 2015 US-based company MD Engineering started playing with ideas to build the next office anti-stress toy. As a result, the Torqbar was born, a premium fidget spinner made from weighted bars and ball bearings. He started marketing them on Facebook Groups in September 2015 and launched a GoFundMe campaign a month later. But the product became so notorious that Forbes published an article about the toy in December 2016 where it was christened the "iPhone of desk toys."

Multiple smaller manufacturers each with individual online marketing strategies Premium product Torqbar has given birth to thousands of cheaper copycats since its inception, many from China, with each battling for a slice of the pie. But in a product segment where so many manufacturers are undercutting each other on price, which marketing strategies have the homegrown products adopted to stay ahead of the game?

New York teenagers Cooper Weiss and Allan Maman founded Fidget 360 and launched their own fidget spinner under the same name. Fidget 360 launched first on Instagram in 2016, where a $15 influencer "shout out" ad transformed into $2,000 in sales in a matter of days. Now the teenagers have more than 160,000 followers on Instagram, five employees, and a manufacturing facility in New York City.

Austrian spinner manufacturer Technopoint buys Facebook and Amazon advertising to increase traffic. CEO Helmut Eder estimates a per-click price on Facebook of maximum six cents. Paid advertising on online sales sites is more expensive where he estimates the per-click price for his spinners can rise to 2 euros but the conversion rate is much better where, he says, “customers are much more in the mood to purchase. They have already opened their wallets.”

The Torqbar itself has based itself very much on the Apple model of premium build quality and “it just works” usability, but its limited availability has also served to give rise to an extremely passionate online community on Facebook and Youtube. The Torqbar can now demand premium prices: some Torqbars have sold on Ebay for over $400, over twice their retail price.

True to Hettinger’s original model, many fidget spinner manufacturers originally marketed their products to combat hyperactivity disorder in children (although the science since has not borne this out). As more and more school-aged children brought their spinners into schools, more and more wanted them. The demand was created.

The experts call this Fear of Missing Out, particularly prevalent among the young. Chris Hodkinson, a senior lecturer in consumer behaviour at the University of Queensland Business School, says fads are driven by our fear of not being a part of the "in" crowd. "It's such a huge driver. [Students are] so frightened of missing out on something". Margo Berman, an advertising professor at Florida International University, puts it simply. “These kids see something cool. They want what the other person has,” she says. “All of a sudden it becomes something desirable.”

Mr Hodkinson also references the Hierarchy of Ownership which comes with a product like the fidget spinner. “There's a certain status that's developed around how flashy your spinner is, and the tricks you can do with it. There is a certain amount of hierarchy of ownership with the expensive [spinners] and features of the device and there is a hierarchy of utilising them to be the coolest and that makes them highly socially desirable".

That many schools have started banning them from the classrooms has only served to make the spinner more ubiquitous. There’s nothing more appealing than something you cannot have.

Spinners in the viral loop

That the media recognised there was the beginnings of a trend here helped to increase sales steadily during the early days but it was only after fans recognised the spinner’s potential for great content sharing that the trend really took off.  And of course it helped that many of the spinners’ fans were internet-savvy enough to work a social media account.

Quite simply, fidget spinners produce fantastic, engaging content which people love to engage with. There are huge numbers of YouTube videos and Reddit threads to be found online, featuring tutorials, trick showcases, reviews and FAQs. The different aesthetics of fidget spinners are also widely celebrated online, particularly on Instagram. Popular and hugely successful memes have included a fidget spinner spinning on an alligator’s nose (tweets with this meme have seen over 2 million views). Fidget spinners caught on because they did such a good job of evoking a reaction out someone's interest and compelling them to engage with the trend or pass it on.

It cannot be denied that the fidget spinner craze has enjoyed enormous success, but this isn’t the story of a trend masterminded by any one corporation. This was an organic craze which developed because of the presence of several factors: an initial premium product which attracted the attention of the news media, the product’s attraction to school-aged children, its ability to produce great online content and the spawning of multiple manufacturers with individual marketing strategies helping spinners become available to a wider audience.