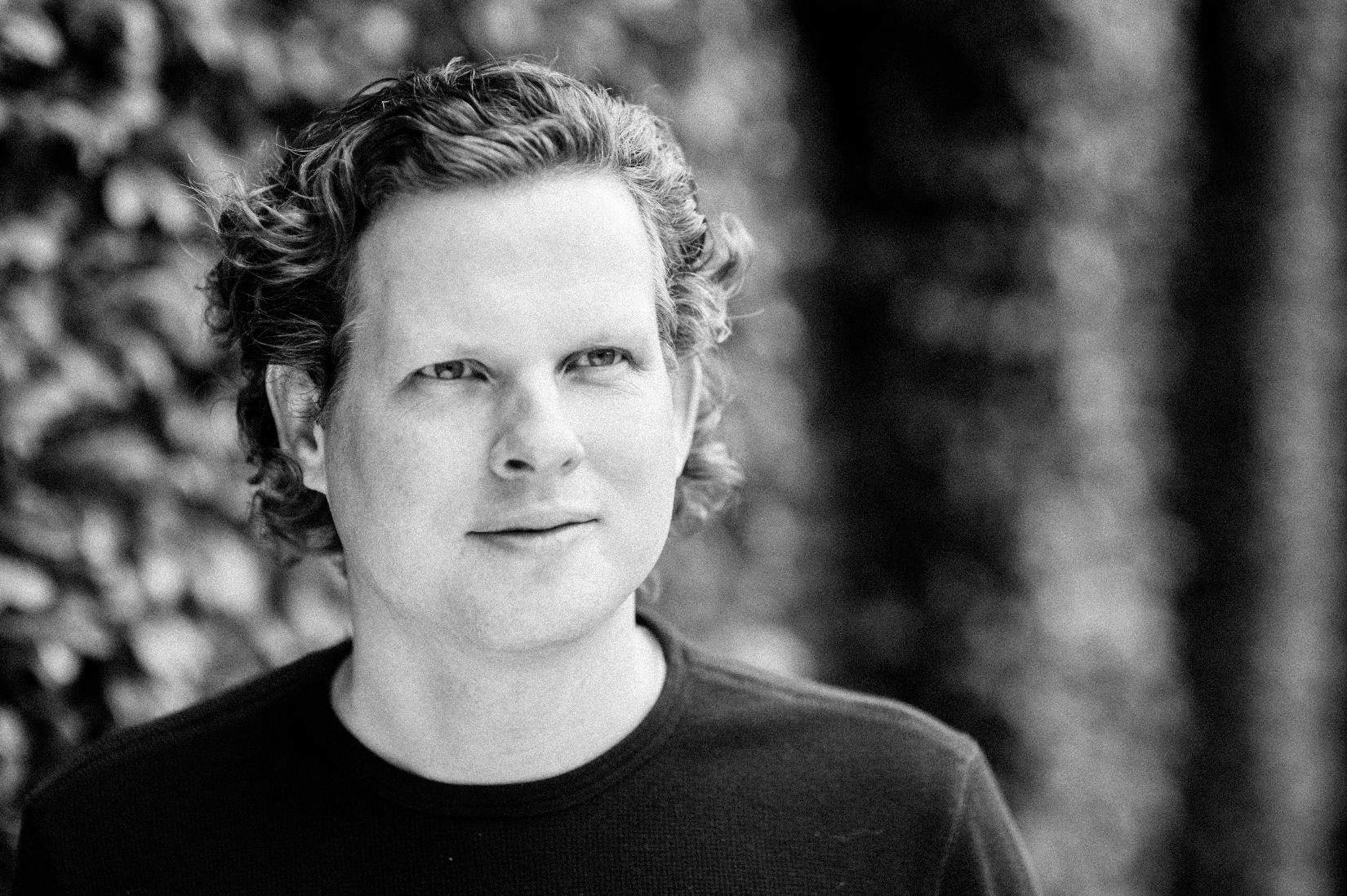 Last year, Jan Thomas from the hundert asked for an interview for his latest issue "the Hundert Startups of New York". He wanted to know, how a US company can do a successful expansion to Europe. So he spoke to Cyriac Roeding co-founder of shopkick and Sascha van Holt CEO of ProSiebenSat.1 Groups investment arm SevenVentures. In 2012, SvenVentures supported Shopikc with their launch in Germany.

Shopkick is a mobile shopping app that lets users earn rewards simply by being in a store. They don’t have to buy anything – just walk through the door and say, “Hello, I’m here.” It was founded in the US in 2009 and launched in Germany in October 2014. The service has over 20 million users and has driven a lot of sales for partners – over a billion dollars’ worth annually in the US right now. It also gives you offers, tells you deals and says what’s interesting in a store. Fast Company ranked Shopkick as one of the world's 10 Most Innovative Companies In Retail, along with Apple and Starbucks. It was acquired for $250M by SK Telecom/SK Planet two years ago. A major reason for the acquisition was that Shopkick showed their model was good to roll out internationally. Together with SevenVentures, investment arm of the German media powerhouse ProSiebenSat.1, they successfully rolled out their business model in Germany.

Jan Thomas: Cyriac, Shopkick was based in the Valley when you started. How important is it today where a company is based?

Cyriac Roeding: Shopkick was started in Silicon Valley, literally in the basement of Kleiner Perkins, one of the venture capital companies that had initially invested in Google, Amazon and so on. So it was a true Silicon Valley startup. The initial goal was to become a break-out leader in the United States market because of the size of the market and we obviously expected Silicon Valley’s pool of talent, venture capital and connections to help.

Jan Thomas: Sascha, this might be a good moment for you to explain how you help companies expand to Europe or Germany.

Sascha von Holt: Unfortunately there is still more imitation than innovation happening in Germany or in Europe in general.. American companies at first have a unique business model, since the big innovation happens in Silicon Valley or New York, but at second glance things are not so bright, because if they want to expand to Europe they often find themselves cloned, meaning they face competitors who might be behind in terms of company development but who are already in the market and have secured users. These clones may have set market entry barriers and may understand the consumers and domestic territory, as well as potential regulations, better than the original company. This is especially true for special technology companies. So the big challenge for US businesses is to enter the foreign market in Europe early but still to exploit their biggest advantage, which is their much larger domestic market. We help American companies, or companies from other countries, enter Europe via Germany and build a base here. We not only advise these companies on how to reshape their product and adjust their customer position strategy, but also keep an eye on TV stations to scale up quickly. We take some of the effort and risk of expanding to Germany and Europe on our shoulders and let them launch very efficiently and successfully, without losing focus on their core domestic market. We’ve done this a couple of times now. Shopkick is one of the examples where we could hopefully add some value in internationalizing.

Jan Thomas: Cyriac, could you explain how you entered the German or European market? How do you see the partnership with SevenVentures? How necessary or important is a partner when you enter a market?

Cyriac Roeding: When international companies come to Europe they face the problem that it is not one big market but many smaller markets that come together as a big market. And it is not easy to enter. Language barriers exist and there are regulatory issues, cultural barriers and consumer differences. It’s very different from Silicon Valley. Shopkick faced just this situation. I’m German by background, so I understand the German market a little bit, but it is still a daunting task for an organization. And that’s where SevenVentures and the entire ProSiebenSat.1 Group network  comes in.

We had done a ton of research about how to go into Europe and who to go with. We actually refrained from going into Europe for several years. The first time the CEO of a German retailer came to Shopkick was in 2011, which was one year after we launched in the market. And they said, “When are you finally coming to Europe?” We were like, “Well, we just launched 12 months ago and we have a team of 35 people and we are strapped to the bone and have no idea what to do next because we have so much to do. Internationalization is just about the last thing we have on our minds right now. But it’s great to meet you.” This retailer was Karl-Erivan Haub from the Tengelmann group, who was clearly thinking light-years ahead compared to other retailers in Germany.

SevenVentures stood out in multiple ways from the other players we talked to, which included the other big media companies in Germany, as well as UK media companies and retailers. The main reason we went with the ProSiebenSat.1 Group and SevenVentures as a strategic partner was that it is lead by a team of entrepreneurs. That may be a little bit surprising. You may think we were drawn to their media power. But it was because of their culture. Right at the beginning the CEO of ProSiebenSat.1, Thomas Ebeling, personally showed up in our offices in Silicon Valley and we had a great heart-to-heart meeting. He is a true entrepreneur running the company. You have to understand that media space is something you can buy with cash. But if you believe in your startup, then the most valuable currency the startup has is not cash, but equity. SevenVentures understood from the beginning that we wanted to build a market together, gain expertise from the entire ProSiebenSat.1 Group, understand regulatory issues, understand the retailers in Germany and so on. SevenVentures put three people on the project. It was never contractually agreed. I have never seen a single bill from them for all the travel costs that these people had because they were constantly on the road with us. It was always entrepreneurial and focused on the outcome. And the result was that we travelled Germany, literally went on a Germany tour, and we met with 20 retailers, a lot of them at CEO-level. All this happened before we launched. When we launched in Germany we launched with every store of Douglas, MediaMarkt, Saturn, OBI, Karstadt. The list goes on, and that was only possible because of SevenVentures and the entire ProSiebenSat.1 Group.

Jan Thomas: Sascha, can you talk a bit from your perspective about the process when Shopkick entered the European and German market? How did you manage that?

Sascha von Holt: Working with Shopkick was a delight. Several elements were critical for our success. First of all was connecting with entrepreneurs. Even though we are a large organization and work with organizations that are very small and fast-growing, it is very important that the right people fit to collaborate with the entrepreneurs in the right way. Secondly, what we liked about Shopkick is that they thought big. There were some local competitors in Europe popping up at the time during the expansion of Shopkick, but we didn’t really see the same vision. That’s very important for us as a mass media company. We’re not in for small things, we’re in for household brands. We used our TV power  in order to launch and that helped us build up a million users within a six-month period, which was pretty unprecedented.

Jan Thomas: Right. Then maybe a question for Cyriac: How important is speed these days? Usually you say “scale or fail,” but has that changed within the last couple of years? Not only because of the Samwer brothers –  do you think that companies have to scale much faster than they did before?

Cyriac Roeding: The short answer is yes, speed is critical. In fact, there is a whole range of reasons given in a new book by Reid Hoffman, called Blitzscaling (which we Europeans or Germans might not like as a title because of its connotations). The idea is simply to be so fast in rolling out a market that you are basically taking it over at a rate unsustainable for anyone else.

Jan Thomas: What would you say is the right moment to internationalize?

Cyriac Roeding: I would say the companies that are ready to internationalize are the ones that have shown product-market fit in their own market. The way to discover product-market fit is to see that if you do no marketing, you have an exponential user adoption rate. In other words: are users adopting your product and telling one another about it if you don’t do anything, and what is the sustainability of that rate and also what is the repeat rate – in other words, what is the user retention? If the numbers show that you have a really good product then you have to think about whether it is mass-scalable, if is it going to be interesting for people of different cultures and if it scalable in other markets.

Jan Thomas: One last question to Sascha, for which companies are you looking for?

Sascha van Holt: We are looking for innovative companies whose products or services are already successfully established in their home market, but feel ready now to take the critical next step towards growth with a tailored marketing strategy in Germany. We would love to support those companies through our seven nationwide free TV channels and our entire digital group network.

Cyriac Roeding co-founded and led Shopkick for seven years until January 2016. He is a Silicon Valley–based entrepreneur and investor who works with consumer-focused startups and venture capitalists. He is a limited partner in Founders Fund, Andreesen Horowitz, KPCB, IVP, ZhenFund, SV Angel and SVB, and a direct investor and advisor in over a dozen startups, including Karma Science (acquired by Facebook), Cardspring (acquired by Twitter), Grofers, Curbside, Zumper and Brilliant. The World Economic Forum named Roeding a Tech Pioneer 2013.