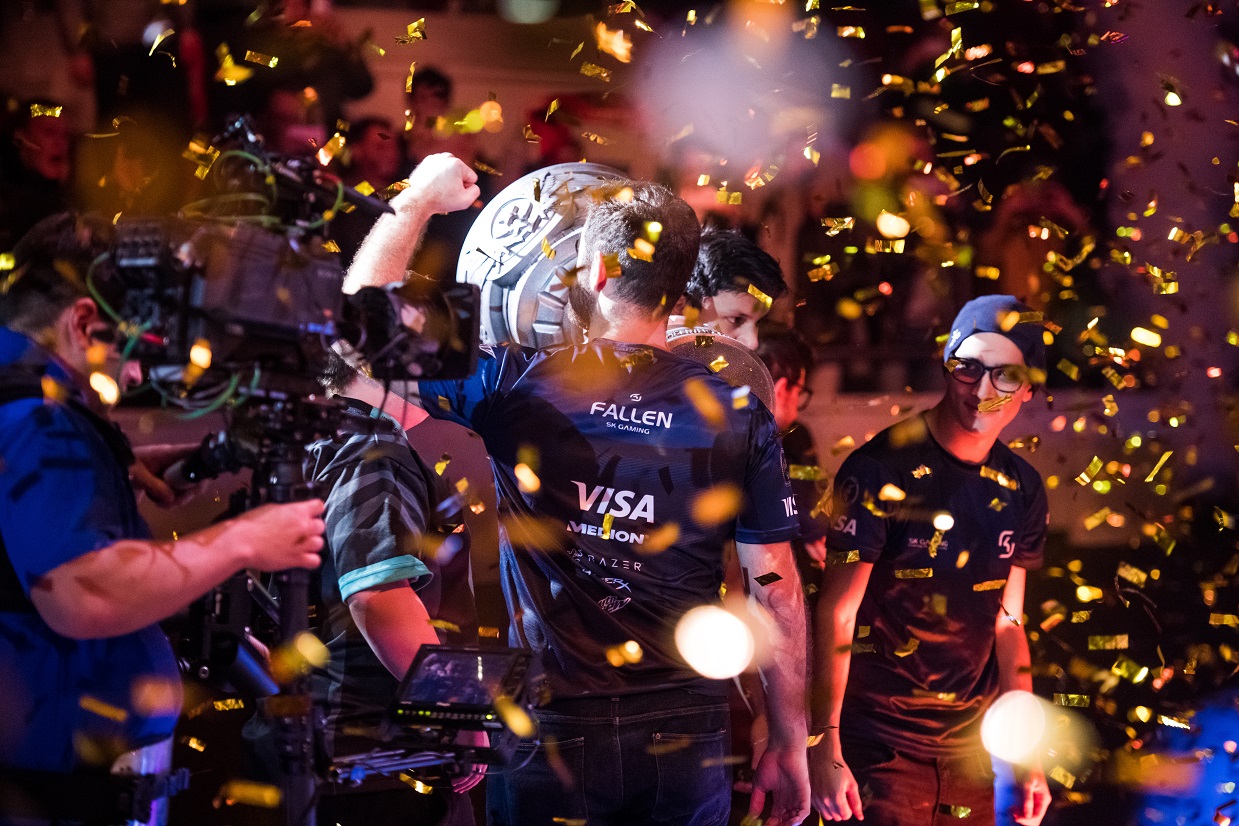 The growth in popularity of eSports over recent years combined with access to a unique target group has led to a million dollar marketing industry.

We look at several ways brands big and small can get in on the act:

eSports: Some advice for starters

Brands looking to invest in eSports should look to add value to what is likely to still be a developing scene. It means becoming authentically immersed in the community, investing long-term and engaging in innovative ways to add value. Nathan Lindberg, Director of eSports at streaming platform Twitch, sums it up: “So it’s not just about how many times did I slap my logo on something, it’s did I make the space better, did I do something that authenticated esports into mainstream culture, did I help a team become more competitive, did I help a streamer go from part time to full time?”

eSports events have similar advertising options as other traditional sports events: logos and branding on set, commercial spots, product placement and banner ads on video-on-demand content or livestreams. Right now, advertising across eSports’ many platforms remains much cheaper than doing so on more traditional sports, but with audience numbers for eSports soaring (big tournaments can boast 70m viewers worldwide), brands are recognizing its potential.

Tournaments, conventions and gaming events are growing in popularity, and bringing in new audiences just as they create opportunities for brands to own a special occasion (an example: the Intel Extreme Masters, the world’s largest eSports tournament, gives Intel an opportunity to showcase its innovations and solutions for gamers in a relevant, authentic setting). Sponsoring a high-profile annual event is a significant opportunity to build brand affinity with the audience, reach the highest audiences and ensures a brand’s fortunes are not linked with the performance of a particular team or player.

Brands are discovering that experiences go down particularly well with a target audience that appreciates authentic brand relationships that add value. A great example was Coca Cola’s viewing parties which offered fans the chance to see the League of Legends World Championships (held in Los Angeles) in 200 cinemas across Europe, Canada and US in realitime. The purpose was to recreate the excitement and the atmosphere for those fans unable to see  the real deal live.

And it’s no longer just tech and sports brands interested. More and more lifestyle brands are seeing the value in sponsoring an eSports player.  Rob Candelino, VP of Marketing at Unilever (makers of Axe) told alistdaily that: “Many of the eSports players have great hair and everyday style their fans want to emulate. These players understand the importance of looking their best whether playing in an international tournament or practicing at home in the team house.”

This is a great way for a brand to speak to the target audience directly. Typically a sponsorship deal with an individual player – the majority of whom will be interacting directly with their audience through a livestream while they game - will involve a unique referral link the streamer will share with their audience via permanent links in their profile and mentions live during the stream itself. And not only the top players enter into these deals; brands are also recognizing the value of mid-level players with small engaged fanbases.

Rather than simply offering a team some money to print their logo on the team jersey, brands are becoming increasingly more creative with their eSports team sponsorship deals.  And due to the limited number of teams in the eSports world, team sponsorship is a great way to scale presence. A great example of is US internet provider Comcast Xfinity and their sponsorship of Team EG (Evil Geniuses). The company installed a 2 gigabyte Ethernet connection in the team house and suddenly the team was competing in tournaments with the fastest internet connection in the world.  The tech upgrade enabled the team to compete to their highest standard and ensured the Xfinity brand gained almost constant exposure on eSports platfoms.

That eSports is entering the mainstream can no longer be denied. With a growing niche audience, (at the moment and compared with other sports) relatively low prices and a variety of opportunities, it’s a marketing man’s dream. The variety of brands now recognizing its potential testifies to this. The challenge for brands now is to really engage with this audience through meaningful authentic partnerships which add value to the industry.

Why Brand Identity Is The Key To Success

Hugely successful brands which reinvented themselves