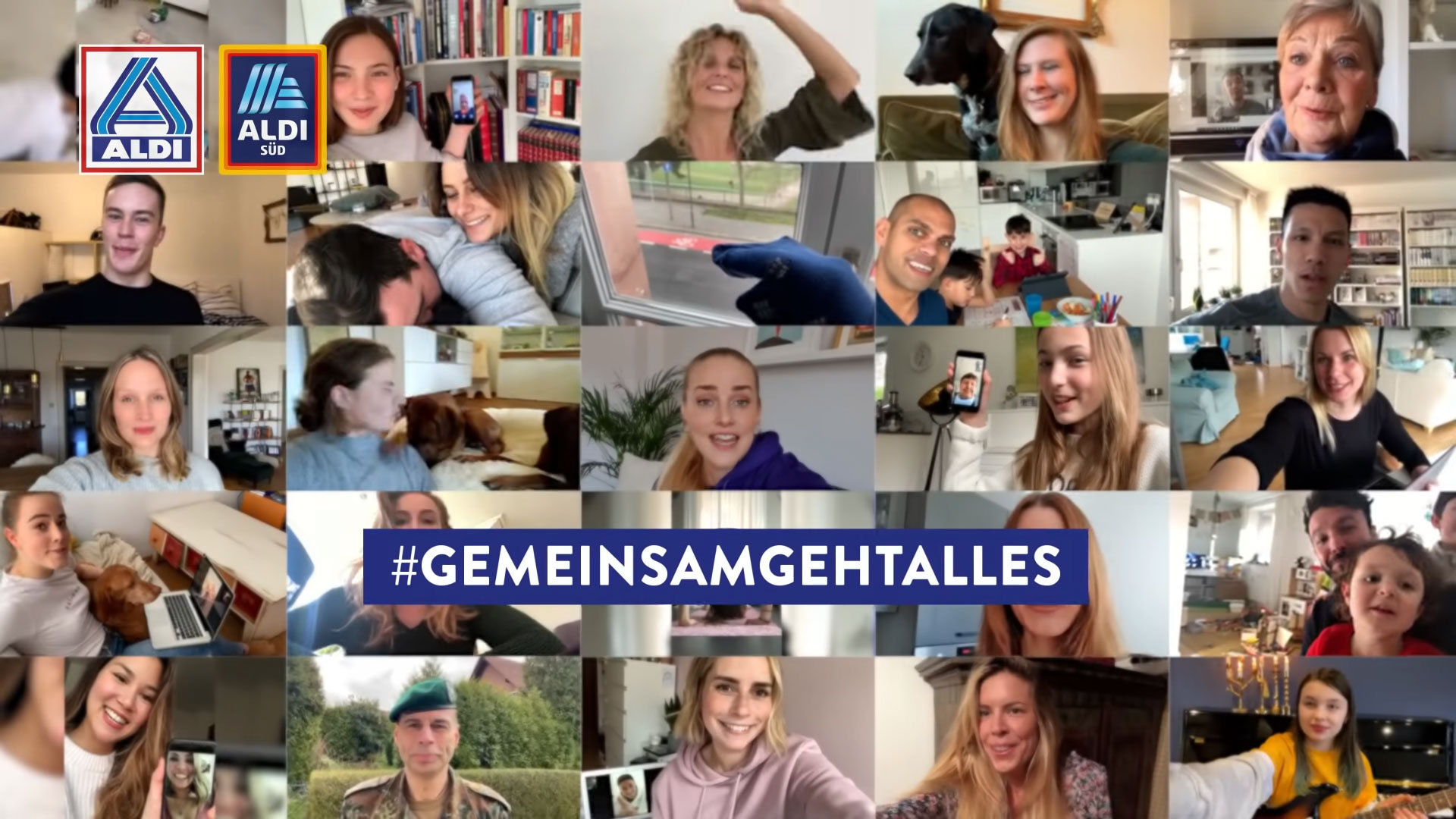 Around 75 percent of consumers want brands to take a clear stand on social issues, according to the Havas Group's Meaningful Brands study*. If companies do this – a phenomenon often referred to as Corporate Social Responsibility - consumers perceive the company in a better light and show greater willingness to purchase.

On the one hand, most companies do not want to hide social actions from the public as it benefits their image. On the other hand, there is the danger that a project that actually does good will be perceived as pure PR activity. A company’s motivation to help towards a good cause should always primarily be the desire to help solve a specific problem. A company that contributes to a good cause only to polish their image will soon be caught out. But honesty and taking a clear position are more important today than ever. So if a company really does help, it is worth communicating this success to the outside world.

Using examples from the Corona crisis, we show how three companies do Corporate Social Responsibility well by providing support with their services and/or products and how corporate communications on social initiatives can succeed without drifting into self-congratulation.

LVMH, the parent company behind the designer brand Louis Vuitton, was one of the first to respond to the growing challenges posed by the corona pandemic. When disinfectant threatened to become scarce in French hospitals in mid-March, LVMH announced that its factories would stop making perfume and switch to producing disinfectant instead. When LVMH announced this in a press release, many people were made suddenly more aware of the extent of the corona crisis – and the greater the news value LVMH's decision was. In the meantime, many companies, including the German pharmaceutical company BASF, are now taking similar steps.

SevenVentures verdict: "LVMH reacted early and courageously to the growing shortage of disinfectants. With its modest communications the company successfully made its way into all major news media. The action spoke for itself. “

Unbureaucratic solutions are making headlines during the Corona crisis. When ALDI's staffing requirements rose as a result of people's increased stockpiling while McDonald’s restaurants had to scale back their operations, the two companies quickly entered into a staffing partnership. McDonald’s employees who were no longer needed at McDonald’s could voluntarily transfer to ALDI for a limited period. After their assignment there, they could resume their job at McDonalds. According to Holger Beeck, Chairman of the Board of McDonald's Germany, "a win-win situation" for both companies: McDonald's employees could continue to be employed in this way while ALDI benefitted from additional resources. Both ALDI Nord and ALDI Süd communicated this action in a broad-based campaign entitled #gemeinsamgehtalles (together we can do anything). This ranged from a detailed information website on Aldi's efforts in the Corona crisis, to the dissemination of the hashtag in social networks, to a specially produced commercial, which mainly featured mobile phone footage shot by employees.

SevenVentures verdict: This example proves that solution-oriented pragmatism is well received by the public. ALDI and McDonald's were able to triumph with their quick swap action, something rarely seen in the world of German bureaucracy. ALDI's communication campaign, which appealed to people's sense of community, was a great fit with the wave of solidarity growing throughout Germany. A fantastic job.

As a result of the temporary lockdown and contact restrictions, the number of people using both digital and telephone services is currently skyrocketing. Deutsche Telekom - like many other companies - has been generous and has provided its customers with, among other things, 10 gigabytes of data volume for mobile phones, 6 months Disneyplus streaming service or 3 months of Office 365 for business customers and schools, all free of charge. The company is aiming to show solidarity and make it easier for people to cope with an exceptional situation, whether during homeworking, homeschooling or at the end of the working day. However communication of these concrete actions has been fairly muted. The major company is instead focusing on stories of how they are dealing with the crisis itself - including on a special website set up for this purpose. However, it is not only stories from employees that can be found here; CEO Tim Höttges has also addressed his employees and the public personally via LinkedIn: From his office at home he thanks his team, which has kept the business running even in extraordinary times, and why he is looking ahead with confidence.

SevenVentures verdict: Telekom cleverly uses emotional storytelling, creates personal proximity via social media while making casual mention of its free promotions. These primarily and subliminally underscore a public image of a company which relies on personal values and close cooperation and remains optimistic even in the crisis.

These three examples are only a small selection from the many companies trying to use their resources to help overcome the Corona crisis. The crisis has turned the entire economy upside down - and has brought with it harsh consequences such as short-time work, redundancies and massive losses in turnover. This article shows how companies can communicate correctly and maintain their relevance against the background of the crisis.

Communications in times of corona

“You have to be very careful with the phrase “media shitstorm!” – Part 1 of an interview with Klaus Weise, Managing Partner at Serviceplan PR & Content, on crisis communications