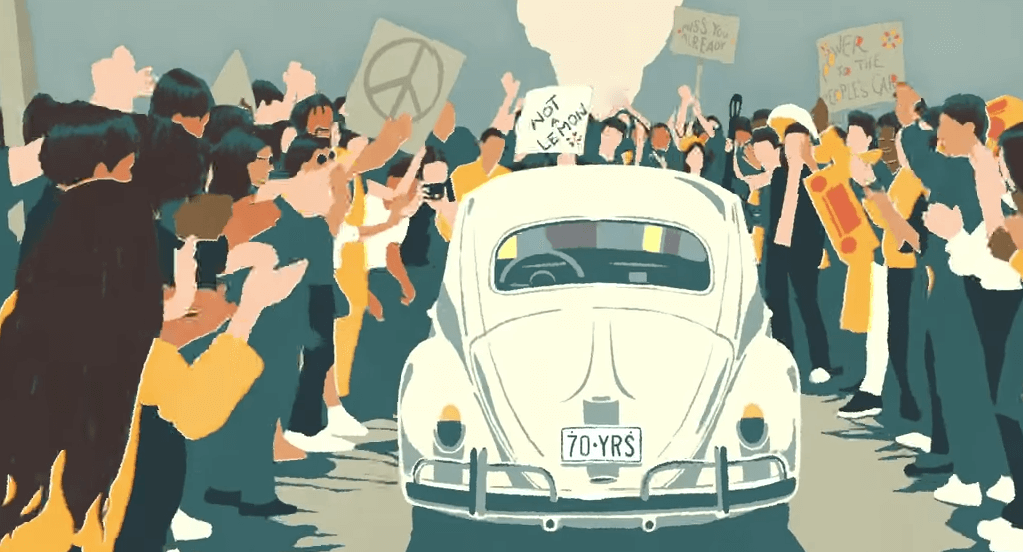 At the start of the year 2020 Oliver Dietrich engages in a fond farewell- a farewell campaign for an automotive legend that has played a role in the lives of so many people.

1. When legends leave town, they should do so with a legendary goodbye. Well deserved.

2. They are still around, those spots which pull on your heartstrings.

3. The right soundtrack turns a good spot into a great spot.

The VW Beetle. It's going. Leaving us with all our memories. It has accompanied different generations around the world for so many years. An automotive legend that deserves a great send-off.

To pay a TV tribute to an icon that has played a role in the lives of so many people and communicate yet again the meaning of this legend.

As befits a legend. Well done, DDB. The animation is perfect, with its connection to pop culture but at the same time timelessly modern, emotional and touching, memories come alive. But what really sets it apart is the soundtrack, a brilliant version of "Let it be" by the Beatles.

We stand at the side of the road with tears in our eyes and wave an emotional farewell. So long, old friend!