All systems GO in the world of German political party campaigning? Not according to this digital marketing expert 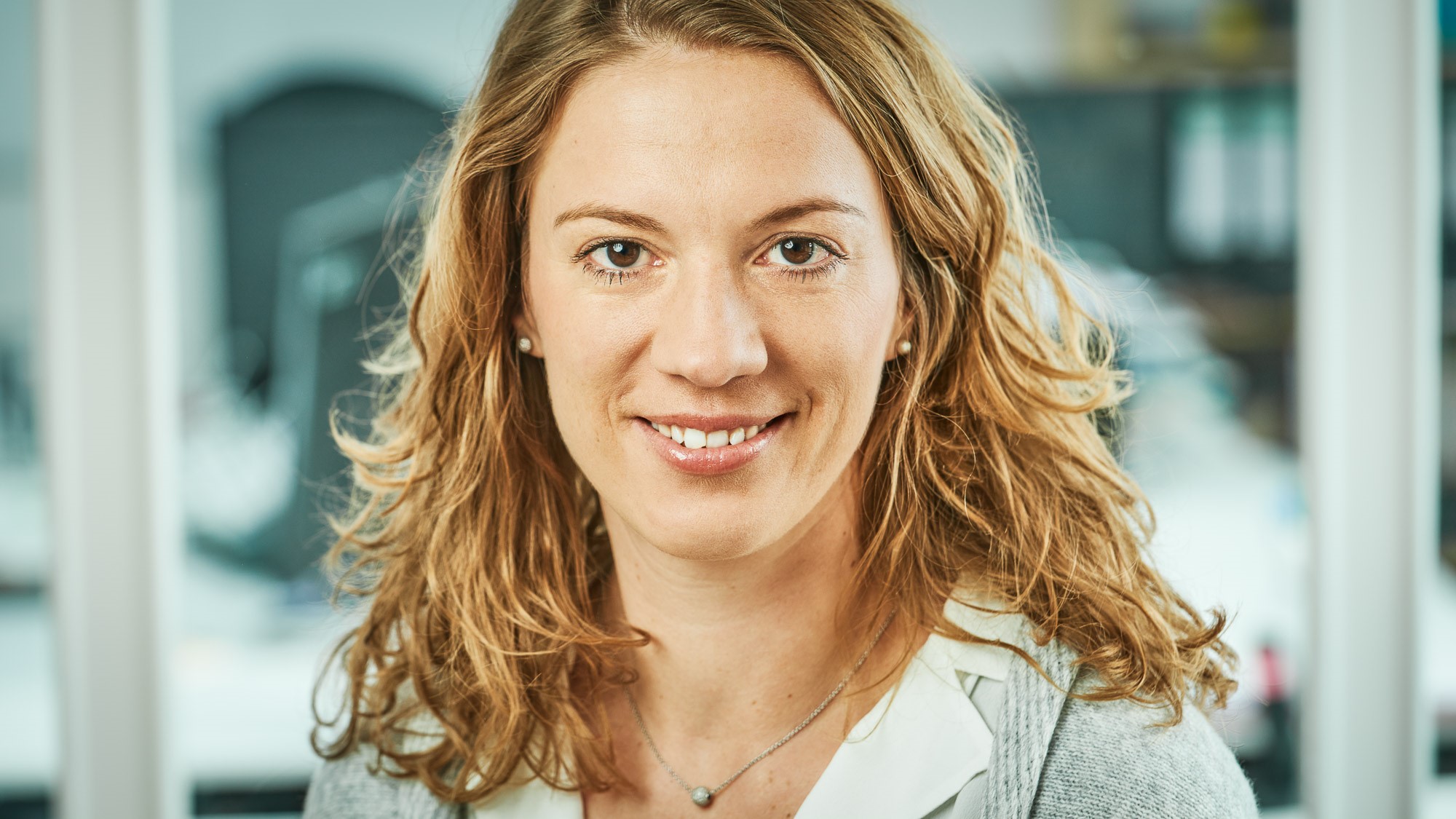 The federal election is less than two months away and campaigning is gradually entering the critical phase. Are the election campaigns of the German parties up to scratch? What is the best way to reach voters in 2017? And what can parties learn from marketing measures implemented by successful companies? Svenja Teichmann, CEO of the digital consulting agency crowdmedia and political marketing expert, offers insights in an interview with The Restless CMO.

is
currently not working for the FDP, but for the Young Liberals (the young wing
of the FDP) – it seems the FDP is certainly trying out lots of different approaches.
The party’s agenda is all about digitalization so they are trying out a number
of different channels to bring this message home to the public. Only a couple
of weeks ago, for example, Christian Lindner launched a video campaign with
where he asked the interactive personal assistant to explain the
meaning of complex government-related German words.

The other parties have meanwhile embraced
this trend too. The FDP is no longer the only party in this space, but in my opinion,
they are far ahead of all the others. I am impressed with all the approaches
the FDP is taking.

We see good lighthouse campaigns being launched
every now and again. All parties appear to be taking a campaign-driven
approach, especially in the federal and state elections, launching isolated actions
now and then. However, I don’t see any of the parties developing a
comprehensive or sustainable online approach. The parties are not making any
long-term plans to maintain the interest these campaigns generate.

Are
the 2017 digital marketing strategies of the German parties up to scratch in
your opinion?

The parties are still obviously taking
baby steps with their online efforts. Of particular mention here is the strong
focus on social media. Now don’t get me wrong, I think that social media is a
great dialogue tool – but unfortunately, more often than not, the second step
is taken before the first: Take, for example, a great website that fulfils all
SEO criteria and has visibility. What is frequently missing is a comprehensive
concept that tries to discover what interests people, how voters choose a party
and how to reach other new individuals organically or through sponsored
content.

When voters have been steered towards a
theme that interests them, you still have to ask: How can they and their
interest be maintained? An effective method could be, for example, implementing
a call-to-action, to animate users to write an e-mail or watch a video in order
to be able to collect further useful information.

This even happens occasionally. And the
budgets are also being shifted in this direction in the meantime, also taking Facebook
and Google into account. Nevertheless, I have a feeling that the focus of many
parties is still stronger on posters and street campaigning.

The
FDP is currently placing the spotlight quite intensively on Christian Lindner during the election campaign. Bearing
in mind successful international campaigns like Macron and Trump, is that a
clever strategy?

Seen from a digital perspective, I must
say that it makes a lot of sense. Convincing online presentations work best
with clear emotional impact and authenticity. This requires the human factor, a
person – and when you have the right person, one who can really motivate – content
is communicated significantly better. Schulz is a great example of this,
Christian Lindner does this very skillfully and has a highly personalized
communication style and of course the CDU concentrates mainly on Angela Merkel.
People like it when content is associated with a person and Lindner and Co.
simply make that content more tangible.

If we extract this from the political
context and apply it to the B2B and B2C segments: people choose people.

Can
a party’s election campaign strategy be successful without this cult of personality? Are
there any other promising strategies for success in 2017?

Yes, campaigning on policies is also
possible. That doesn’t just mean that the policies a party puts forward should be
clearly communicated, although of course this is very important – for example
the Pirate Party put forward a manifesto based on IT and digital policies and
the Green Party campaigned for environmental consciousness and sustainability –
but that these policies are consistently fed into communications in a new and
credible way.

So yes, I am convinced that it is possible
to launch a successful election campaign without this cult of personality. What
is even more important is a strategic digital concept that makes it clear which
policies are being put forward, and which target groups should be receiving
which messages via which channel.

One thing I think the political parties
are guilty of is severe self-centeredness: it seems that everyone thinks it’s
ok to just communicate their own political message.  And it is usually done in their own political
language, which very often members of the public who don’t hear things like
this on a daily basis find hard to understand. What’s missing is a dialogue and
looking at things through the eyes of the target group. So it is not only a
matter of communicating messages, but also about asking: what kind of solutions
does our party offer to address the concerns of the public?

What are the best digital marketing methods for parties to reach voters? Should parties rely
on Snapchat, Instagram etc?

In general, it is not mandatory for
everyone to do everything. Of much greater importance is to do one channel well
rather than five channels badly. If you have a presence on a channel simply
because you feel you have to be there it often backfires.

Here it is wise to evaluate the individual
channels according their target groups and prioritize them. It may very well be
the case that a newsletter is more important than a social media channel (for
example to reach older voters). But if the intention is to reach first-time
voters, it is actually smarter to be on Snapchat and Instagram. The important
thing here is to campaign according to political objectives and individual policy
areas. We currently have a very heterogeneous user community on the Internet,
which means that not all topics must be equally divided among all channels. It
is much more important to consider which users you want to convince with which policy
and in a second step, consider which channel is the best way to reach these
people.

How
important is the classical website in today’s politics? Does the social web
play an even more significant role? Or do conservative means like billboards
and TV spots still reach the most voters?

The increasing importance of digital
communications shouldn’t mean that other communication means are now redundant.
The most important aspect here is a cross-media approach – that a party interlinks
the individual channels effectively. If, for example, you have an attention-grabbing
billboard that presents a new message, it’s a quick hit but you don’t have the
opportunity to convey any further information or keep the voter’s attention for
a long period of time. It is vital that parties build communications in layers,
to present this message again on their website, present it in video format or link
to a landing page to consequently guarantee attention in the long term.

SEO is also a topic that is still widely
underestimated in political communication. Booking the corresponding online
search terms for a specific topic is recommended in addition to a billboard
campaign. The same applies for airing TV spots. For the use of the second
screen, it is just as important here to simultaneously present the well-prepared
content and ensure its easy access.

What
can political parties learn from successful enterprise marketing and vice
versa?

There is currently a lot happening in the
content marketing segment and companies are keen to increasingly sharpen focus
on target groups. Particular attention is given to communication measures which
convey the value of the product using a classical added value argumentation.

Companies that have been communicating
digitally during the past five or ten years can already look back on a
collection of insights and will have determined, for example, that there is barely
any interaction on Facebook when a particular topic is of no interest to the
audience. Insights from digital marketing for companies must now also be
collected and implemented in the political communication sector: This means
that how to communicate content in an exciting manner and with the appropriate
choice of words on social media and still supply added value must be
understood. If you currently scroll through the Facebook pages of politicians, it
is very one-sided: There is a strong focus on the person, but there is hardly
any interaction with users.

Let’s
gaze into the crystal ball: How will political marketing develop over the next
ten years?

Political marketing will definitely become
more data-driven, which means that it will be increasingly important for the
parties to collect and evaluate data so that they can appropriately apply the information
in (street) campaigning. That leads to improved segmentation and targeting.

As is the case in the overall marketing
segment, the tendency in the political space will be towards shifting the
budget to the digital segment. That doesn’t mean that the offline channels
should no longer be part of the plan, but the budget for the online segment will
keep growing.

Last but not least, I am convinced that there
will be an increasing focus on storytelling. We are all bombarded with thousands
of advertising messages daily and consequently, the growing challenge we face
is how to stand out with our own message, how to move people and how to engage
with them interactively. Storytelling, emotionalizing and creating a bond are
consequently becoming increasingly important.

What
are your dos for political marketing 2017?

What
are your don’ts for political marketing 2017
?

Svenja Teichmann is Founder and CEO of crowdmedia
GmbH – the
. At crowdmedia she consults companies in
the B2C and B2B segments with a focus on digital strategy, online marketing and
social media & content marketing. Svenja is also active as a trainer,
speaker and moderator. She trains management staff in Digital Transformation and
Digital Leadership.

Svenja Teichmann provides cross-industry consulting
for companies and organizations. For the last state election 2015 in Hamburg,
she and her team were responsible for the
. In this year, the Young Liberals are
counting on crowdmedia’s digital expertise. At the beginning of the year for
the state election in North Rhine-Westphalia and currently for the federal
election.