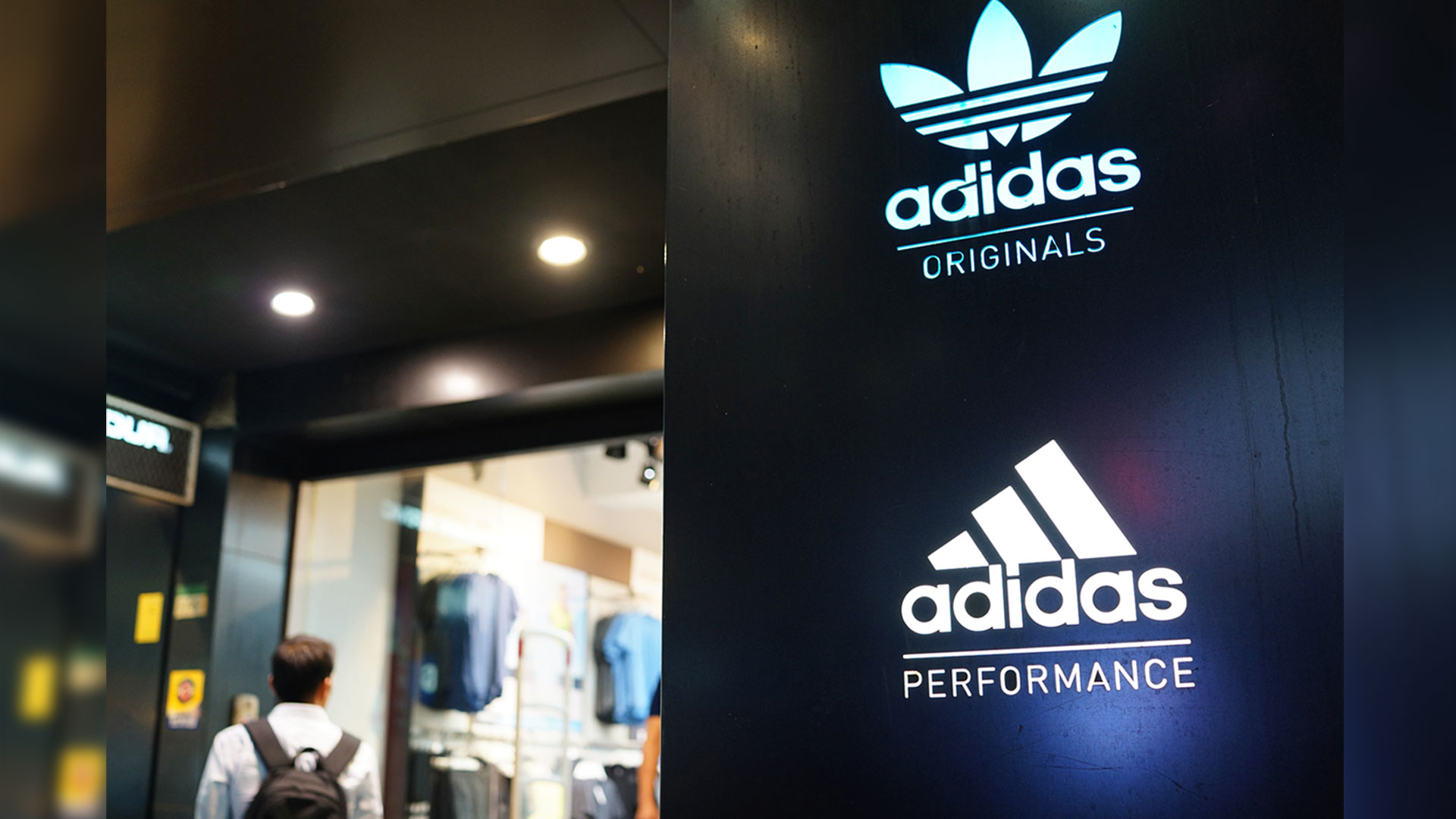 If you want to understand and successfully shape the marketing of the present, you also need to appreciate history. In our marketing retrospective series we take a closer look at how traditional brands have shaped their image over the decades and what lessons we can learn from them today. We start with the sporting goods manufacturer Adidas and its rise from small seller of customised sport shoes to global sportswear brand.

Initial recognition and success through specialist expertise and technical innovations

How can new and unknown companies make a name for themselves in today’s market? If we look at where Adidas started, the answer is by specialising, demanding high quality and delivering technical innovations. When Adolf Dassler and his brother Rudolf founded their first company in 1924 as Gebrüder Dassler Schuhfabrik (Dassler Brothers shoe makers), they initially concentrated on manufacturing specialist sports shoes for footballers and runners which were customised to the individual foot. News of the two brothers’ expertise quickly spread in the sports scene. As a result, in the 1928 Olympic Games in Amsterdam top athletes competed in Dassler shoes, and later Jesse Owens, among others, won four gold medals wearing Dasslers in Berlin in 1936.

This expertise paired with innovation would prove to be an important reason for Adidas' long-term success. After Adolf and Rudolf parted ways at the end of the Second World War and Adolf Dassler founded the Adi Dassler adidas sports shoe factory independently in 1949, he attracted attention over the next few years by developing and patenting the pioneering screw-in cleat shoes. Dassler also equipped the German national football team with these shoes at the 1954 World Cup in Switzerland. The legendary victory at the final in Bern made sure that the shoes and the company were known to a global audience.

Learning: Brands can build awareness, trust and an excellent reputation among customers, especially in the early stages of their development, by combining high quality products that are designed to meet the specific needs of the target group with the drive and courage to innovate.

The Adidas logo: simple and versatile

The trust that professional athletes placed in Adidas products early on offered the sports goods manufacturer a special opportunity to profit from the star power of these athletes and also to win over a larger group of amateurs and fans as new customers. To do this, however, Adidas had to become a convincing and memorable brand. This was achieved primarily through the use of a logo that was as simple as it was versatile: the three parallel stripes.

As early as 1949, Adolf Dassler patented three parallel stripes as a trademark. He had previously equipped the first generation of sports shoes with narrow leather strips to reinforce the sides and quickly realised that this made them clearly recognisable as Adidas shoes, even from a long distance. In addition to the strong recognition effect, this simple design also offered countless possibilities for variation, which is why several Adidas logos are universally known to this day. For example:

Learning: The Adidas logo concept shows the advantages of a simple basic pattern with multiple variations. The three parallel stripes are minimalist and striking and also convey values such as quality, strength and endurance. In its different versions, however, the three stripes take on new forms and can thus lend individual expression to the brand's respective fashion lines and messages.

Building a strong image through collaborations

In addition to a memorable brand, Adidas also needed to build an image that went beyond mere expertise in sports goods. A key measure for this was numerous cooperations with a wide variety of players. Naturally Adidas has collaborated with many sports stars over the years due to a close connection with their products and their target group; with this strategy they have successfully reached large audiences and were able to convey an authentic and inspiring image from the very beginning. In the 2000s, the well-known campaign "Impossible is nothing" not only presented important Adidas athletes such as boxing legend Muhammad Ali, Olympic champion Haile Gebrselassie and football icon David Beckham, but also linked them in statements and stories with the philosophy of making the impossible possible, breaking records and setting new standards.

To this end, Adidas has also harnessed the creativity and positive image of many artists and released several co-creations. In recent years, collaborations with musicians and style icons such as Pharrell Williams ("Triple Black" collection), Kanye West ("Yeezy" collection) and Beyoncé ("Adidas x Ivy Park" collection) have caused quite a stir. Adidas always makes sure that co-creations convey inspiring messages which fit to the zeitgeist in addition to star power. For example, Pharrell Williams' collection follows the vision of "connecting all people through positive energy", and the new "Futureplayground" line in collaboration with fashion designer Stella McCartney combines sustainable performance with the idea of movement (especially after the lockdown) as a purpose for future visions.

Last but not least, co-brandings with unusual partner companies have also enabled Adidas to add to their image and tap into new target groups. This year, for example, Adidas announced that it would continue its successful partnership with the Danish toy manufacturer Lego and presented the joint "Bricks" collection where sneakers are each made in one of the primary Lego colours. Adidas has also been working with Hollywood giant Disney for some time and recently announced a continuation of the "Star Wars x Adidas" range in the form of a "Yoda" Stan Smith.

Learning: To build a successful image, companies should tell emotional stories together with convincing testimonials that are tailored to the target group and the current time. Adidas' marketing strategy shows how many possibilities there are to generate added value with different partners.

Be open and honest about your mistakes

Despite the longstanding success of the Adidas brand, the company is not immune to mistakes and reputational damage. Adidas has, for example, faced several accusations of not respecting the labour rights of people in producing countries and the company has not always responded convincingly. For example, in 2011, 2800 factory workers from the former Adidas supplier PT Kizone in Indonesia were dismissed without severance pay. Only after global pressure Adidas met with the workers and only offered them food vouchers worth €43 instead of the outstanding sum of €1.4 million.

Another scandal emerged in June 2020, when Karen Parkin, the then acting HR director, called the ongoing racism discussions following the violent death of George Floyd "noise" during a company event. After heavy criticism and public protests, Parkin announced her resignation, saying it would pave the way for change. Shortly before, in March 2020, Adidas temporarily suspended rent payments for shops due to the Corona crisis. This was met with criticism and incomprehension from politicians and customers alike. Many saw the measure as a highly selfish action in which a still well-positioned company profited at the expense of others. The result: in the YouGov Brand Index, Adidas fell to a level it had not seen for at least five years. Adidas then published an official apology in which the company announced that it would now pay the rents after all. The downturn was still noticeable in the ranking over the following months, but in November 2020 Adidas was able to climb back to its old level.

Learning: It is always worth steering clear of errors and reputational damage. However, if a problem does occur, it is all the more important to react quickly and not to take refuge in excuses or justifications. Instead, insight, humility and transparency are necessary in order to regain customer trust.

A new strategy for the future

Last but not least, Adidas shows how important it is to always look ahead and evolve with changing times. In 2020, for example, the company announced a new strategy programme for the next four years under the name "Own the Game". As part of this process Adidas is investing €1 billion in its brand and digital transformation and wants to focus its future sales strategy primarily on the direct-to-consumer business.

Learning: No matter how successful or rich in tradition a company is, it must never stop reinventing itself. This is the only way that a small specialist shoe manufacturer, founded by two brothers, has risen over the years to become the second-largest sports brand in the world and continues to inspire a global audience in 2021.

Campaign: Nike - Never Too Far Down